Inside the Seat Pocket

As the seriousness of the coronavirus became apparent in March, travel agent Liz Ellis' job flipped from booking dream holidays, to attempting to claw back customers' money from airlines and hotels.

Ms Ellis, Travel Manager at Cherrybrook Travel in Sydney's North West, has not seen any money come into the agency for seven months.

"It's devastating. If someone's lost money on their holiday, we've lost money from our business."

About 70 per cent of all international travel booked in Australia is with a travel agent.

Our 4000 travel agencies have suffered up to a 90 per cent revenue drop since the start of the pandemic.

While the pandemic brought our entire travel industry to its knees, the court of public opinion landed a second blow on our nation's travel agents. 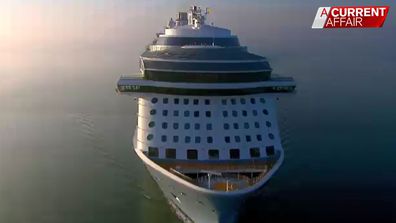 About 70 per cent of all international travel booked in Australia is with a travel agent. (A Current Affair)

"I know there's been a lot of press about people wanting their money back, but the reality is travel agents don't hold that money, the suppliers have it," Ms Ellis said.

"We feel for every single person that's lost money."

In May the ACCC forced Flight Centre to stop charging its customers a $300 cancellation fee in order to get a refund due to COVID-19.

Ongoing border closures have contributed to the closure of 421 of its 740 Australian stores.

Ongoing border closures have contributed to the closure of 421 of Flight Centre's 740 Australian stores. (A Current Affair)

STA Travel has also collapsed and it appears unlikely their customers will receive their refunds.

Disgruntled customers have voiced their anger through media outlets. 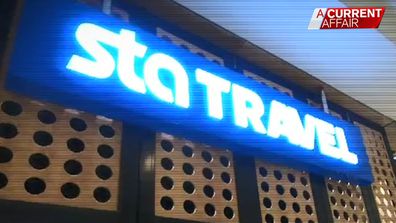 STA Travel has also collapsed due to the pandemic. (A Current Affair)

Josh Zuker, who runs his own travel agency in Melbourne, said travel agents have unnecessarily copped the brunt of much criticism from disgruntled holidaymakers.

"Some having lawyers on the phone, bringing me personally to tears. I've had sleepless nights, cried myself to sleep," Mr Zuker said.

Mr Zuker said he has managed to secure $800,000 worth of refunds for his customers, but still has another $1.5 million he's fighting to get back.

"We won agency of the year last year, turnover of $10 million and now we're on the verge of bankruptcy," he said.

Josh Zuker, who runs his own travel agency in Melbourne. (A Current Affair)

Approximately $10 billion worth of travel cancellations occurred as a result of the pandemic, for four million Australian holidaymakers.

The Australian Federation of Travel Agents (AFTA) said the Federal Government has provided assistance to other industries during the pandemic, and that they too need tailored support once JobKeeper winds up at the end of March.

Ready for your next adventure? Contact Josh Zuker Travel

JOSH ZUKER TRAVEL IS NOT INSOLVENT!
You can read/ watch all of our media releases here